A big thanks to Etap Jenès!

During our stay here in Haiti, we have had good help from the youth club of Project Haiti, Etap Jenès. They have been working as translators and organizers during the mobile clinics and workshops we have arranged here. Without them, the work we have done here in Saint Luis du Sud would never have been possible.

As none of the Norwegian doctors speak Kreol, having someone to translate during the consultation was crucial. During the five days of mobile clinics, many of the same type of symptoms and illnesses were repeated, and the translators quickly learned the type of advice the doctors would give. In the end the doctors would just need to say: “Say the thing about the food with iron” for anaemic patients, or “The patient has hypertension, tell them how they should eat” for the patients with high blood pressure, and the translators would then know exactly what to tell the patients. Sometimes it could seem like the translators could almost do the consultations on their own!

Organizing the crowds during the mobile clinics would also have been impossible without Etap Jenès. With around 300 people coming to the clinic each day, I remember being completely overwhelmed at first. Luckily the Etap Jenès were there, organizing all the people into queues, sending them one by one first to the blood-pressure-station, and then directing them to the doctors. Whenever disorder broke out, we would just call out for one of them, and they would quickly get things back in to order. But I promise you, keeping order when 300 people are trying to get to the doctor all at once, is not an easy task!

Thank you so much for helping us out Etap Jenès! We could not have done our work here without you guys. 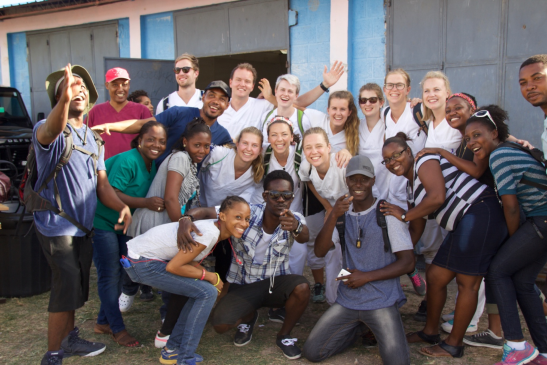 You can read more about Etap Jenès here.

One comment on “A big thanks to Etap Jenès!”

This entry was posted on January 30, 2017 by studentermedhaiti.